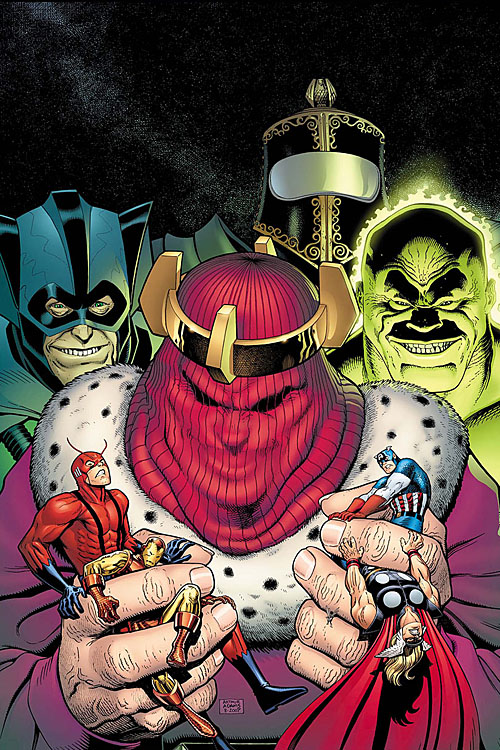 A collection of various supervillains originally assembled to Baron Heinrich Zemo to aid him in defeating Captain America and The Avengers (Avengers #6). Featuring an ever changing roster of most dangerous supervillains. After their original plot failed all the Masters except Zemo were captured, Baron Zemo again attempted to defeat The Avengers with new members Enchantress and Executioner. All three members were trapped in a Space Warp by Thor, while trying to escape (Avengers #7).

Eventually The Masters manage to escape the warp thanks to Enchantress’ magic. Upon returning, Baron Zemo transformers Simon Williams into Wonder Man, only to have him turn on The Masters in their moment of triumph (Avengers#9).

The Masters are left leaderless after Baron Zemo is killed in an avalanche during yet another attempt to defeat The Avengers (Avengers #15).