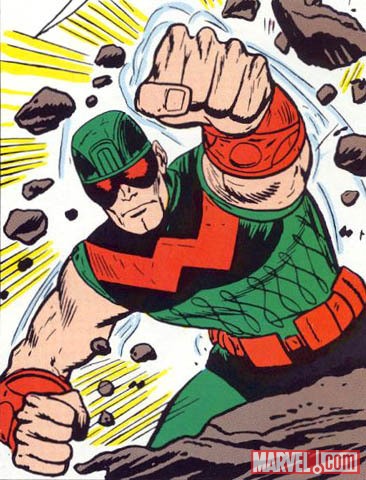 Businessman Simon Williams embezzled money from his failing company in order to avoid a personal bankruptcy. Williams blames Tony Stark for making his company worthless and driving him to such extremes. After being bailed out by Enchantress, Williams is transformed by Baron Zemo into Wonder Man. With his new found powers, Wonder Man infiltrates The Avengers and attempts to betray them to Zemo. Ultimately though, Wonder Man sacrifices himself to save the team when Zemo orders him to help execute The Avengers.