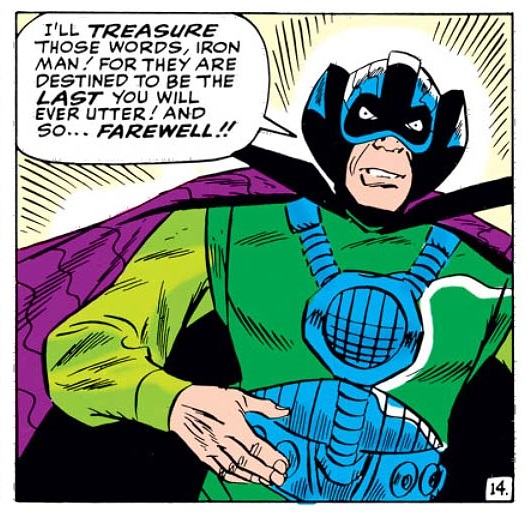 Bruno Horgan is a business rival of Tony Stark. Stark discovered that Horgan was using substandard materials and reported it to the government, causing the cancellation of all of Horgan’s government contracts. Horgan used a malfunctioning sensor machine to create his chest piece and used it in an attempt to frame Stark for using faulty materials, much like he had been accused of. Iron Man eventually overcame Melter’s iron melting ability by creating a new suit of armor out of aluminum.