While the Avengers are having a regularly scheduled meeting in Tony Stark’s mansion, an alien known as the Space Phantom, descends from the heavens. Disguised as a meteor he arrives undetected and makes his way towards the Avengers. According to months of observation the Space Phantom knows that if he can defeat the Avengers, no one will remain that can stop his people from invading. Space Phantom takes the form of a nearby human, sending that person to Limbo, and makes his way to the mansion. The Avengers notice their uninvited guest and Hulk decides to confront him alone. Space Phantom promptly takes the form of Hulk, sending the real Hulk to Limbo. In his Hulk form, Space Phantom confronts The Avengers, working to drive a wedge between the team members. Eventually Space Phantom storms out, though out on the street he runs into Hulk’s friend, Rick Jones. Rick convinces Space Phantom to leave, however he soon realizes something isn’t right, and Space Phantom reveals himself to Jones, saying there is nothing he can do to stop Space Phantom’s plans. On his way back, Space Phantom, still in his Hulk guise, steals a new weapon system being tested by Stark Industries. When Tony Stark is informed, he rushes to the site in his alter ego as Iron Man to engage Hulk. Upon finding that Iron Man is providing more opposition than expected, Space Phantom changes into an insect, returning the real Hulk to deal with an assaulting Iron Man. Whilst the two Avengers continue their dual, Rick Jones manages to contact Ant-Man and Wasp and informs the pair of both Space Phantom’s plan and his identity assuming ability. The duo immediately make their way to break up the fight, however Space Phantom soon takes the form of Giant Man (Ant-Man’s new oversized form) and attacks Hulk. Becoming desperate to end the fight, Space Phantom becomes Iron Man after failing to achieve victory over Hulk. Wasp, meanwhile, has left the fight in search of Dr. Don Blake in an attempt to bring Thor into the battle. Upon their arrival, Wasp disables Iron Man/Space Phantom while Thor summons a storm to rust him over. As a last ditch effort, Space Phantom attempts to take the place of Thor, but is foiled when, instead of Thor being pulled into Limbo, Space Phantom finds himself cast into the voided dimension. Thor explains that because he is not human, the Space Phantom’s powers had the opposite effect, banishing their foe. While the threat may have passed, Iron Man’s comments during the battle have made Hulk realize how little the team trusts him, decides that he is better off on his own and departs. 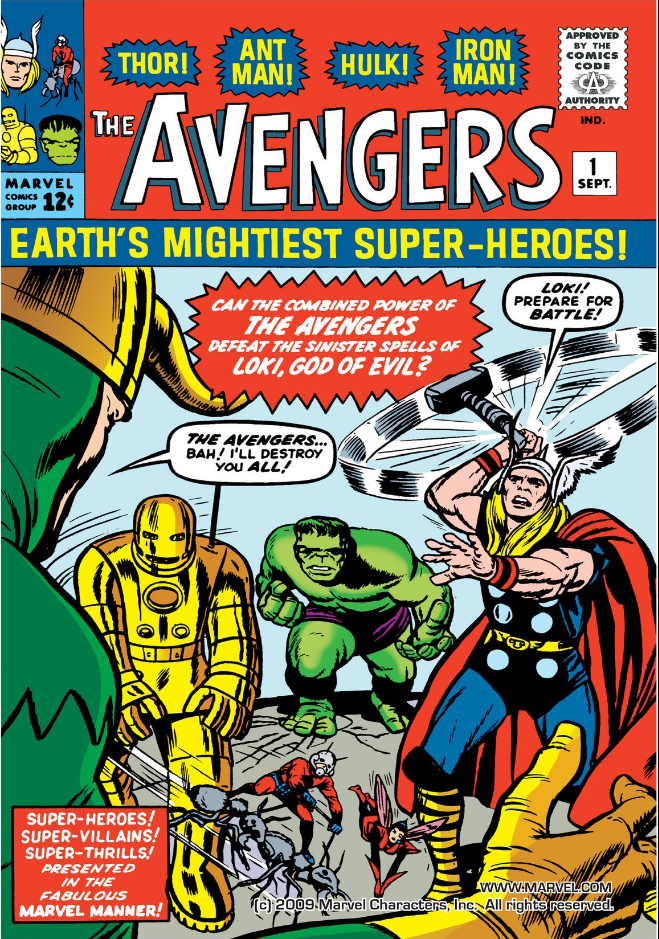 Loki, God of Mischief, has decided that he must have revenge on Thor for having him imprisoned on the Isle of Silence. Loki locates Thor’s alter ego Dr. Donald Blake but decides it wouldn’t be satisfying enough to just kill Blake, he instead decides to generate a threat bigger so that Blake will be forced to become Thor. This threat is provided by the Hulk, whom through an illusion provided by Loki, appears to attack a train. Hulk’s friend Rick Jones sees a news story about the “attack” and knowing that Hulk wouldn’t attack innocent people, attempts to send a call to the Fantastic Four, to help prove Hulk’s innocence. The message is diverted by Loki and instead gets sent to Donald Blake, Tony Stark, and Hank Pym. All of these heroes converge on New Mexico and offer to assist in apprehending Hulk. While there, Loki sends a false image of Hulk, which Thor sees and pursues. Thor quickly discovers that this Hulk is an illusion and knows that Loki must be behind this whole plot. He promptly heads to the Isle of Silence to confront Loki and put an end to the mess he has created. Meanwhile, the rest of the heroes chase after Hulk, who has taken refuge in a circus as Mechano, a life like robot. The heroes attempt to capture Hulk, who manages to escape by jumping through the circus tent. While this is going on, Thor is approaching Loki’s island prison and must fight his way past Loki’s traps and illusions. Finally arriving at Isle of Silence, Thor confronts Loki, while Loki springs his ultimate trap, trolls whose grasp cannot be broken attempt drag Thor underground to be a slave in their mines. Thor manages to stop the troll with a lightning blast from Mjolnir which blinds the trolls and captures Loki. Back in New Mexico, the Iron Man, Ant Man and Wasp chase Hulk into a car factory where they continue to fight until Thor shows up and explains the entire thing was just a ploy by Loki. In a final attempt to gain the upper hand, Loki turns himself radioactive. The heroes stop fighting one another and instead deal with Loki, working together to trap him in a lead cask. After safely taking care of Loki, the group decides to form a more permanent team and Wasp suggests naming the new team The Avengers.