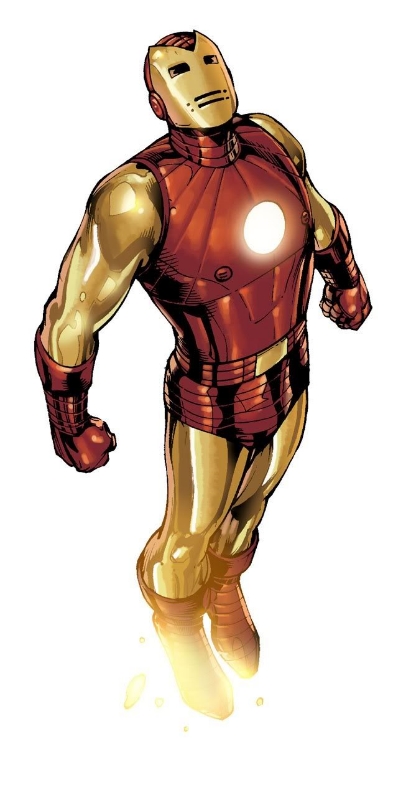 Millionaire playboy Tony Stark. Weapons manufacture and industrialist from New York who was near fatally injured and captured in Vietnam while demonstrating his newest weapon system. Instead of yielding to his captor’s demand that he build weapons of mass destruction, Stark instead forges the original Iron Man suit. Stark is then able to escape with the help of Ho Yinsen, a famous physics professor, who dies buying time for the Iron Man suit to finish powering up. Stark significantly upgraded his suit during a fight with Mister Doll (Tales of Suspense #66), when he determined the “Golden Avenger” armor was too bulky. Iron Man has made considerable use of the vast Stark Industries tech available to him in his alter ego of Tony Stark. He has also be gracious enough to provide The Avengers with use of his personal mansion as their headquarters.

Iron Man departed the team for a leave of absence when he became concerned his dependence on his life saving suit. (Avengers #16)

Stark has a piece of shrapnel near his heart which is being held back from killing him by the Iron Man chest plate. This vulnerability has repeatedly lead to Stark questioning his ability to be a hero in the face of such an obvious frailty. Stark has a genius level intelligence.